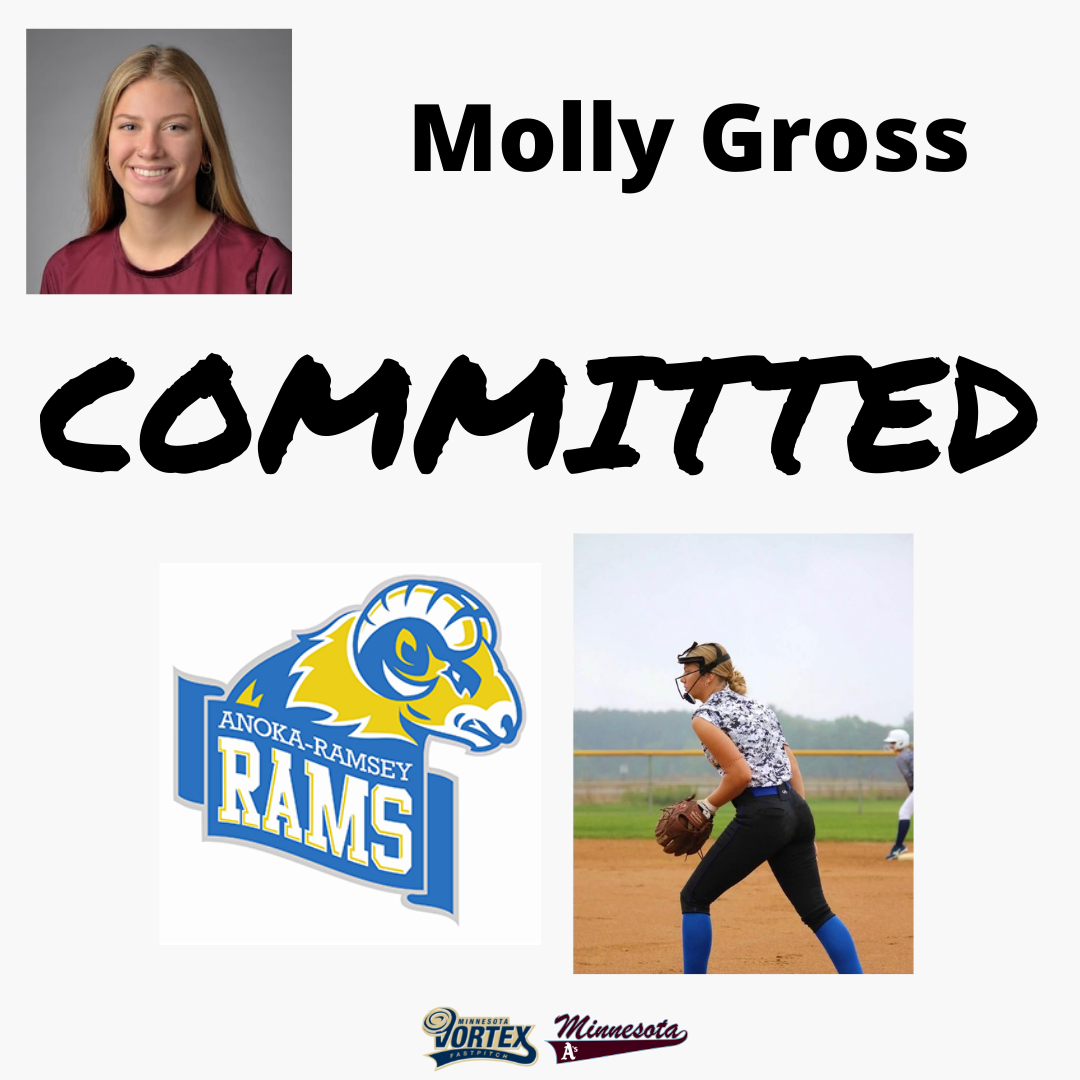 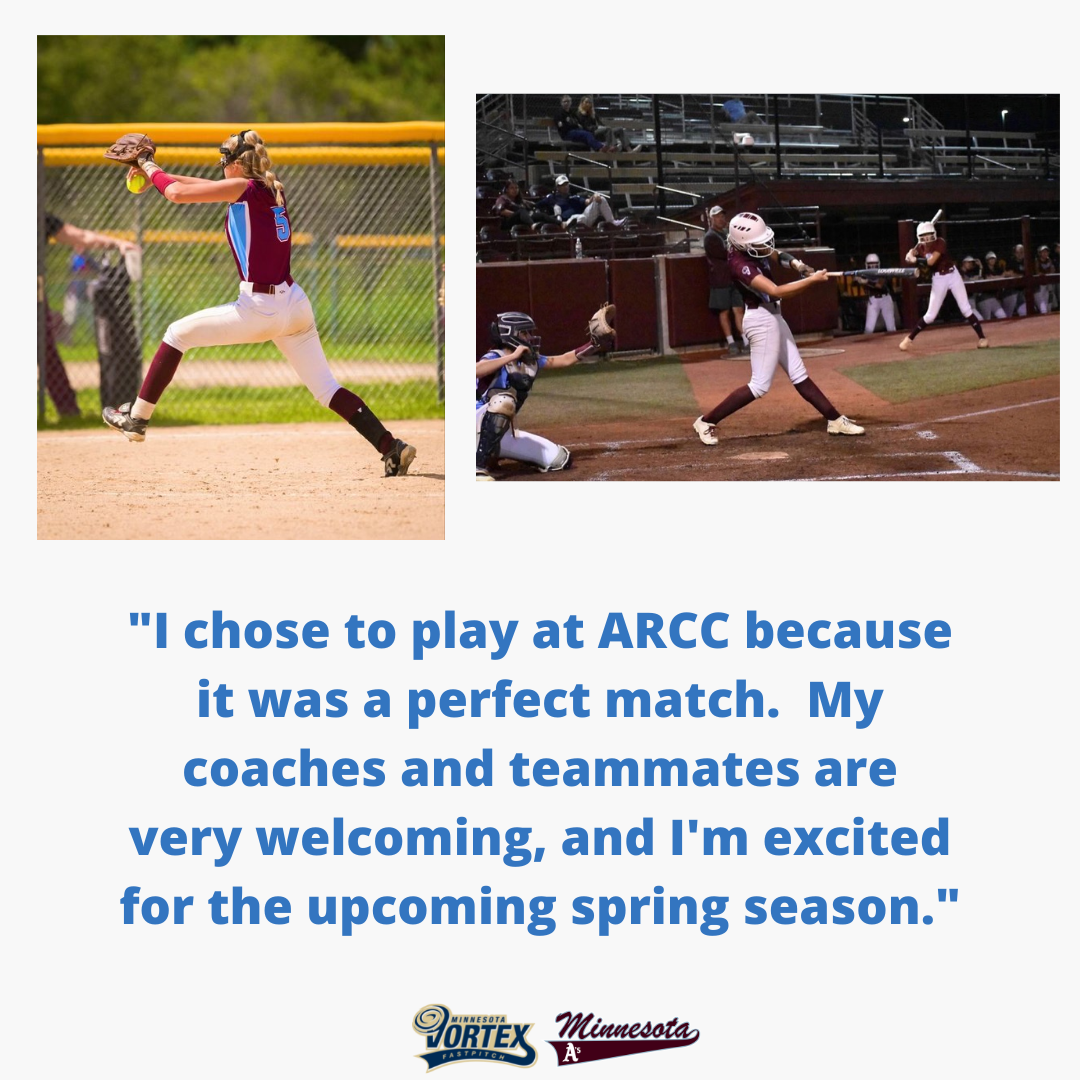 Congrats to Molly Gross for committing to futher her academics and softball career at Anoka Ramsey CC! Molly is on our 18U Zwack team and has been a part of our Vortex/A's family for 5 years!  Molly is a Pitcher/1st baseman from Columbia Heights.  We are so proud of you Molly and all your hard work! We can't wait to see where your future takes you! 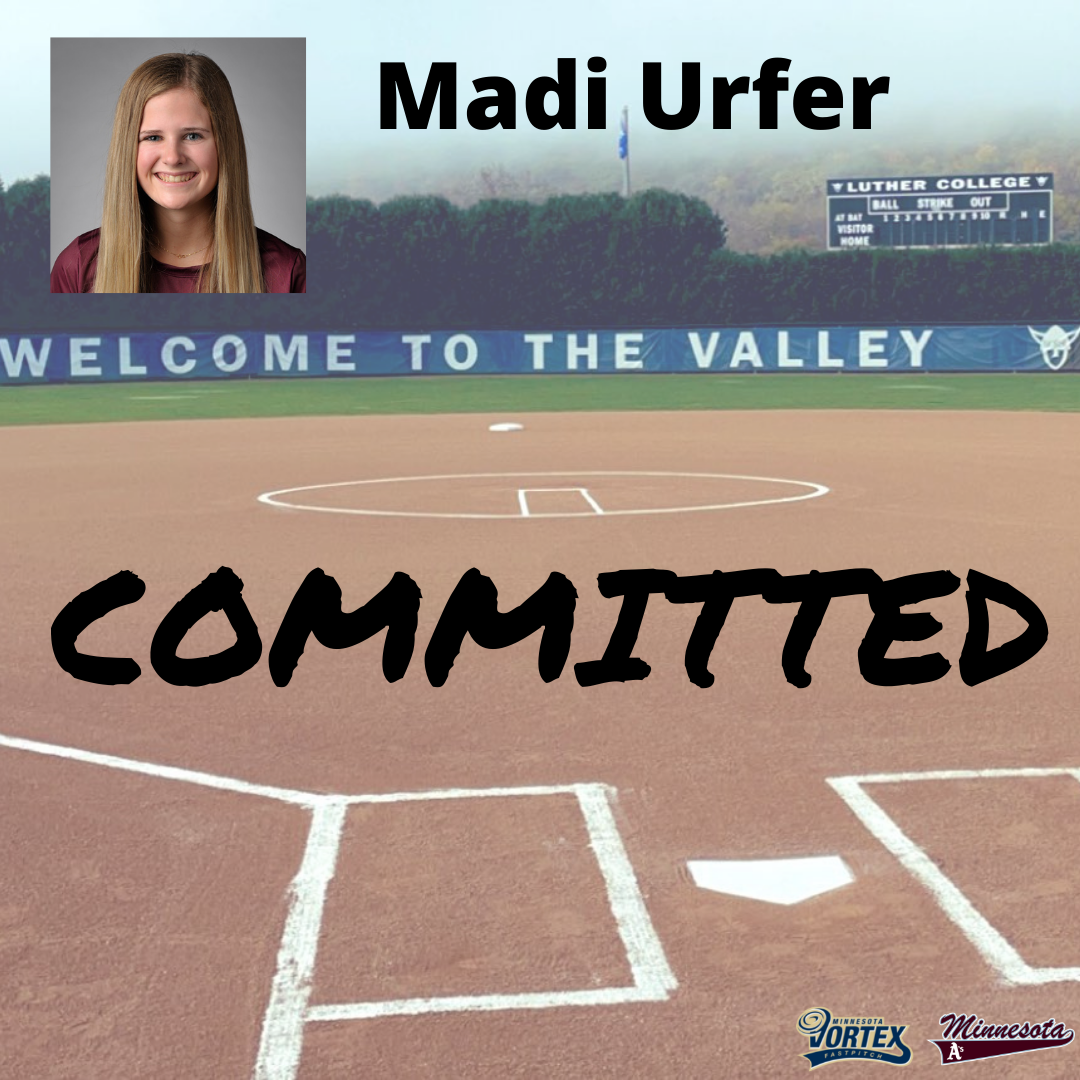 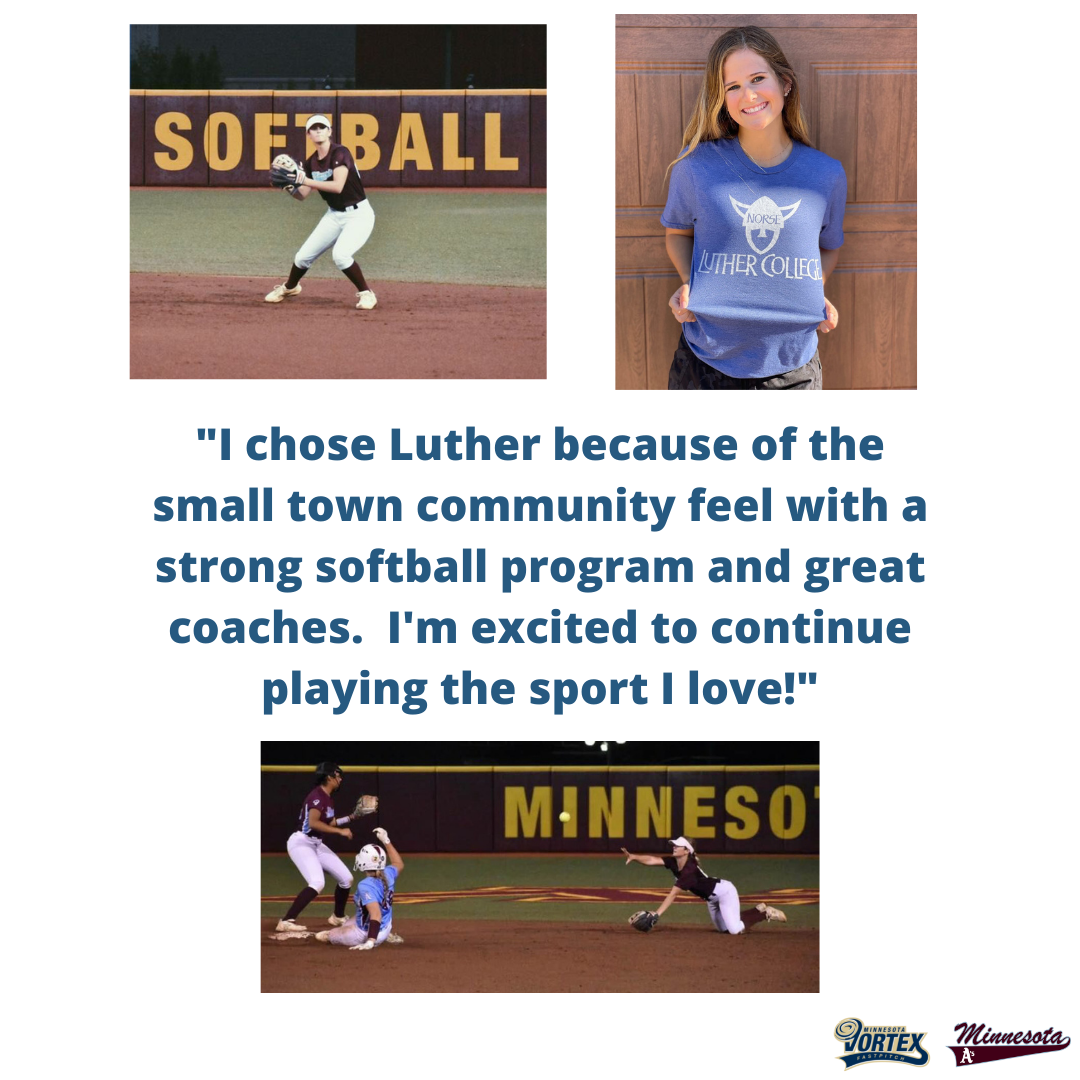 Congrats to Madi Urfer for committing to futher her academics and softball career at Luther College in Decorah, Iowa!  Madi is a dedicated 2nd baseman and teammate on our 18U Zwack team and Irondale High School. We are so proud of you can't wait to see what your future holds!

Over 70+ Vortex/A's players, families, coaches & board members volunteered their time on December 3rd!  We love to participate in this event as a family and give back!

Ruth Freiberg commits to University of Minnesota-Crookston!!
by posted 11/15/2021 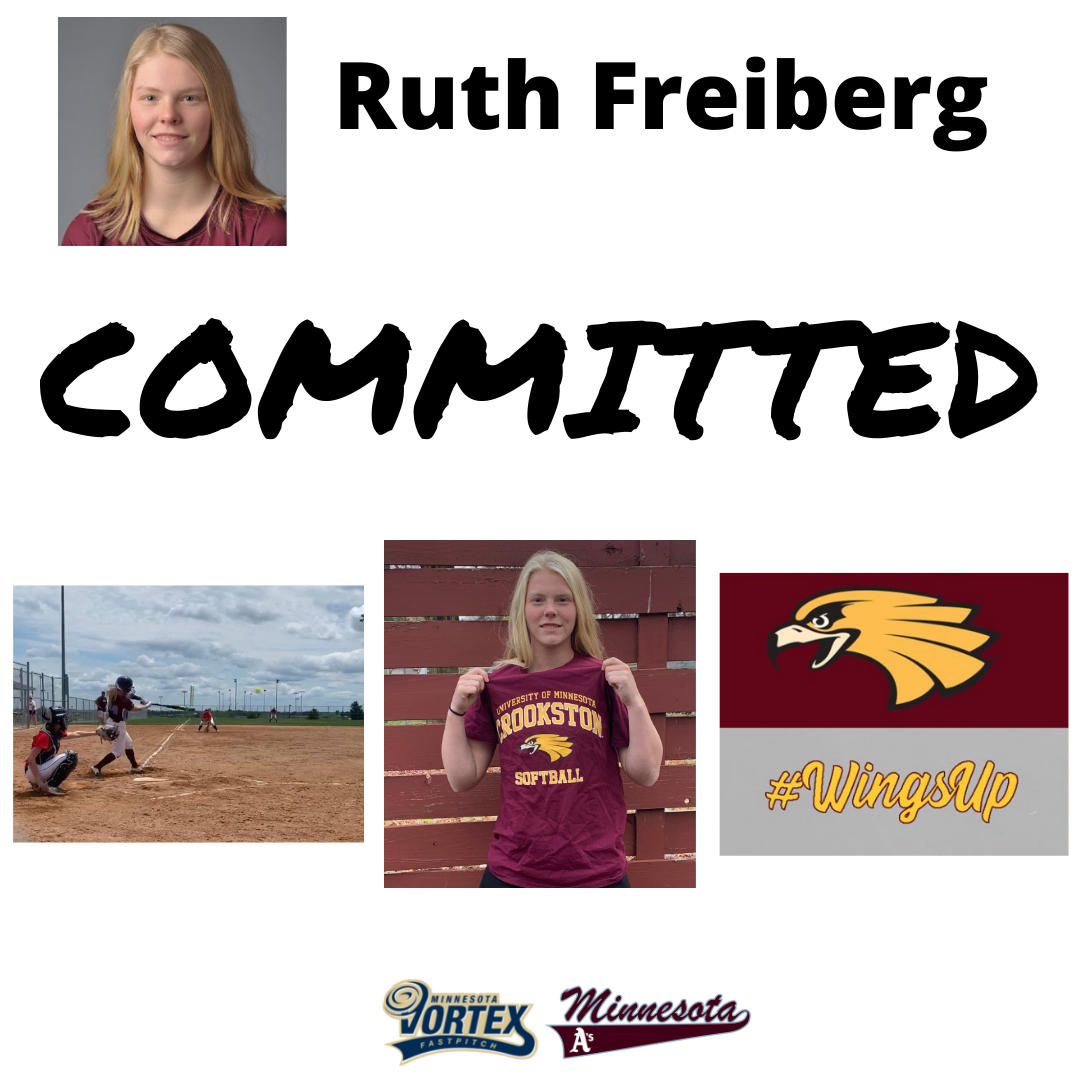 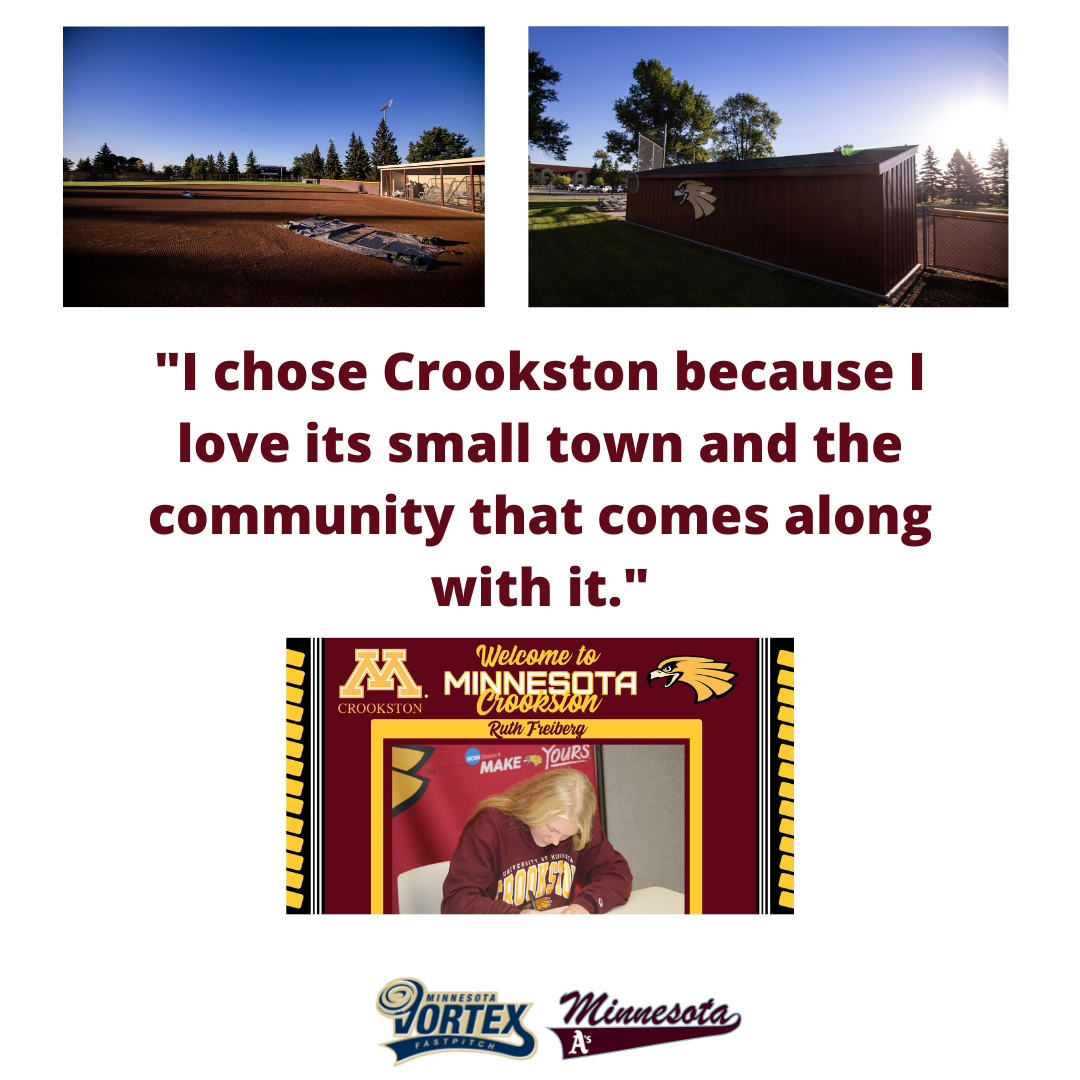 Congrats to Ruth Freiberg for committing to University of Minnesota-Crookston!!  Ruth is on our 18U Leicht/Florek team this year and has been with the program for 4 years!  Ruth is known for going all out in the outfield.  We are so excited for you and can't wait to see what your future brings!! 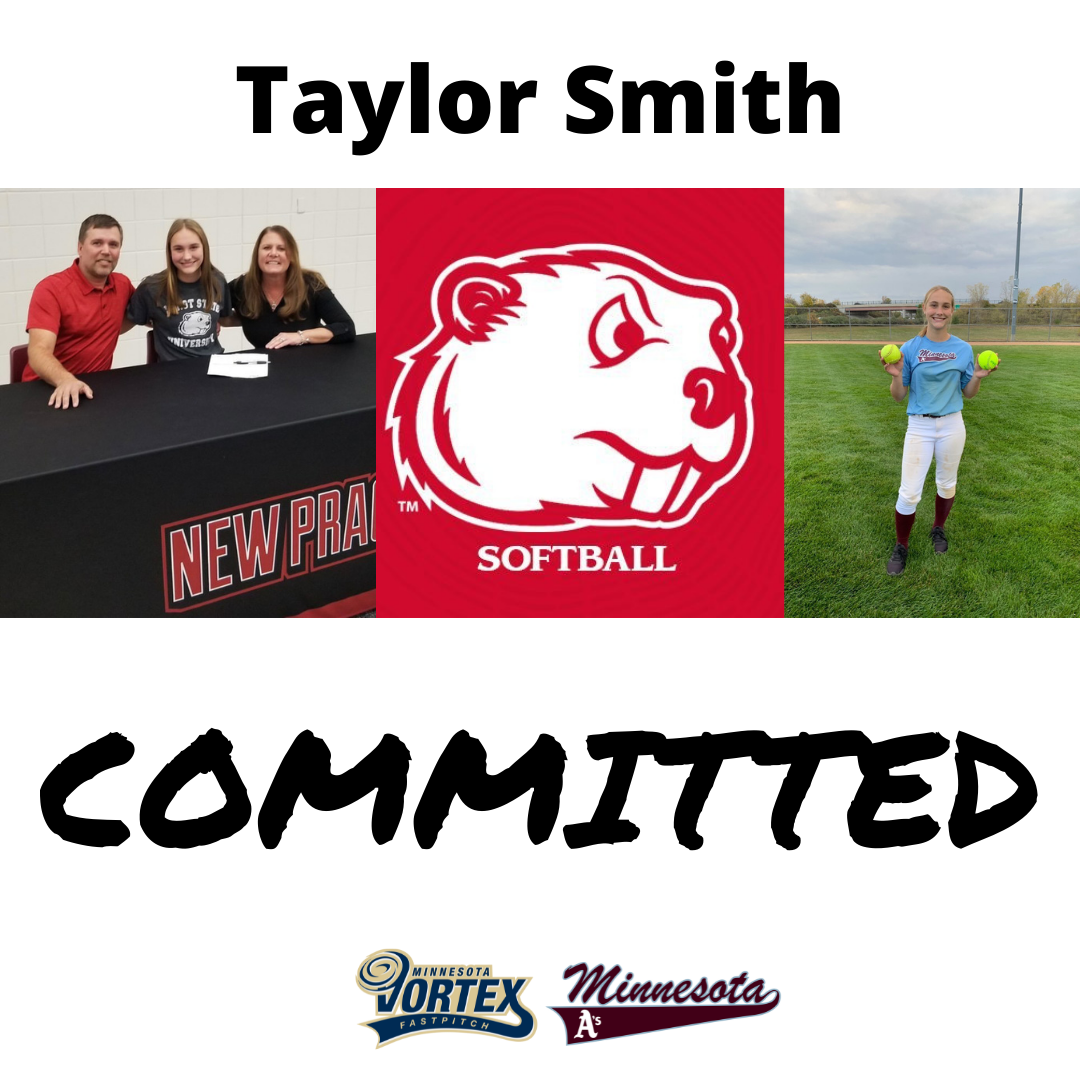 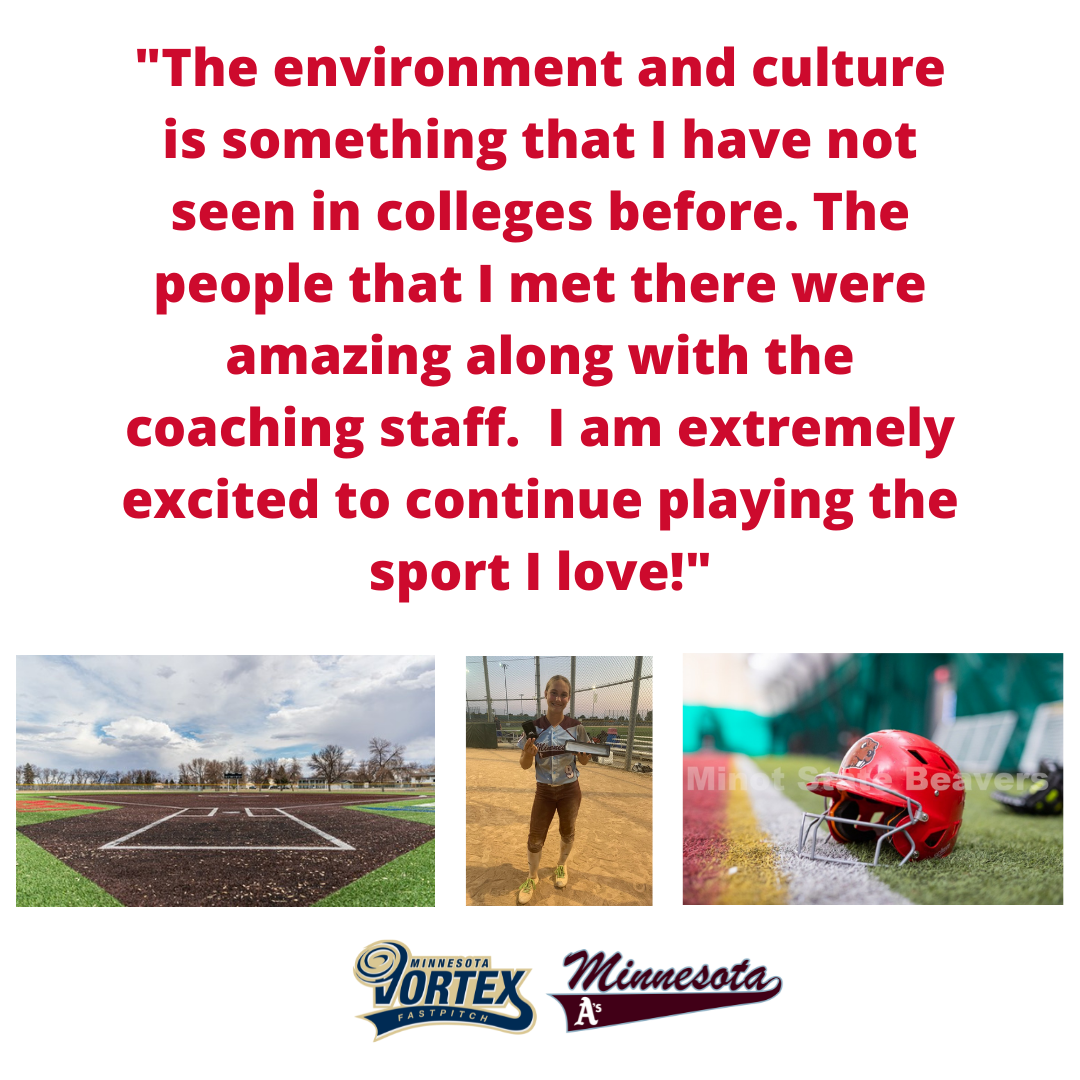 Taylor Smith has committed to Minot State University in North Dakota!  Taylor is on our 18U Leicht/Florek team and also plays for New Prague Varsity in the Spring.  Her speed, intensity and power are one of a kind.  Congrats Taylor!! We are so proud of you and excited to see what your future holds!! 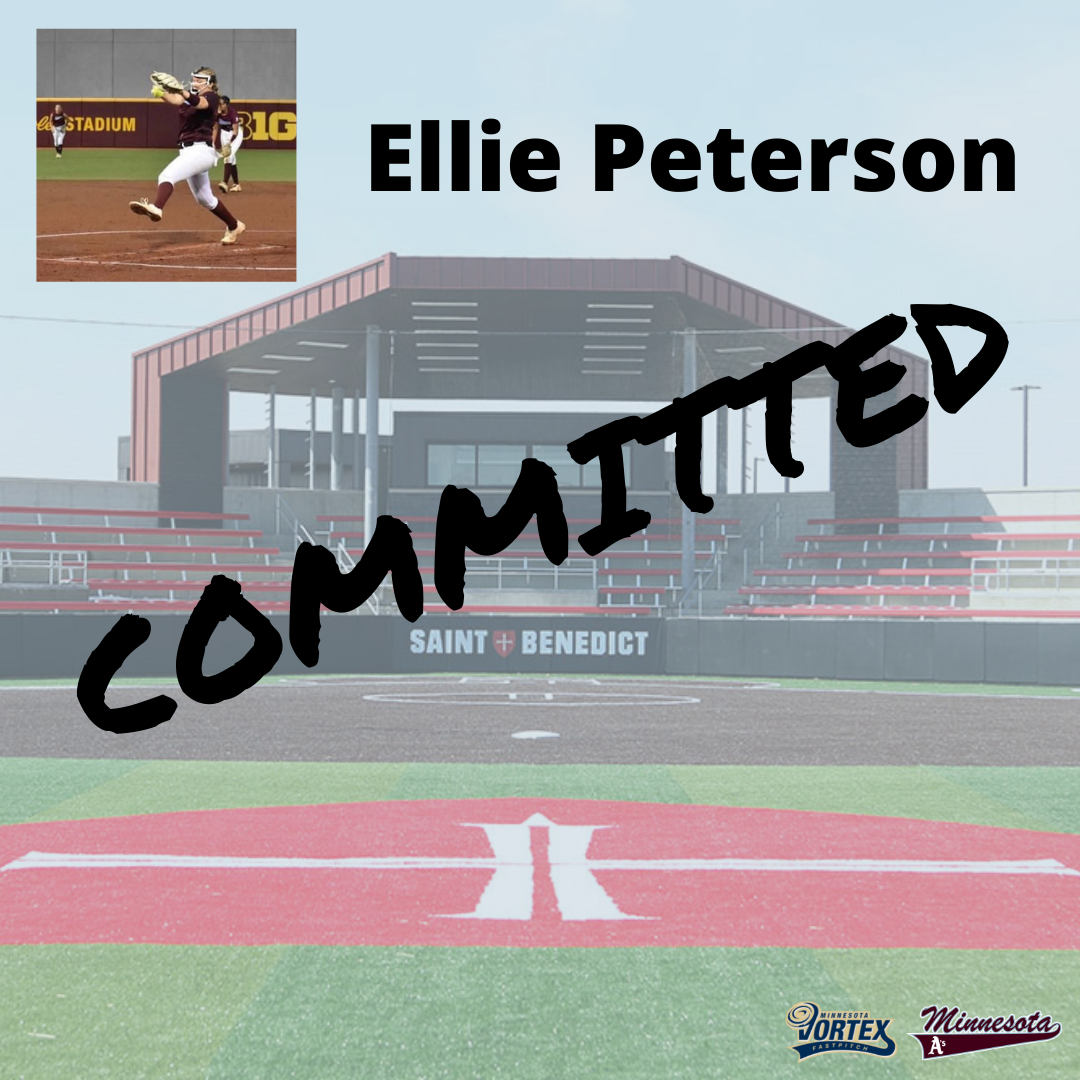 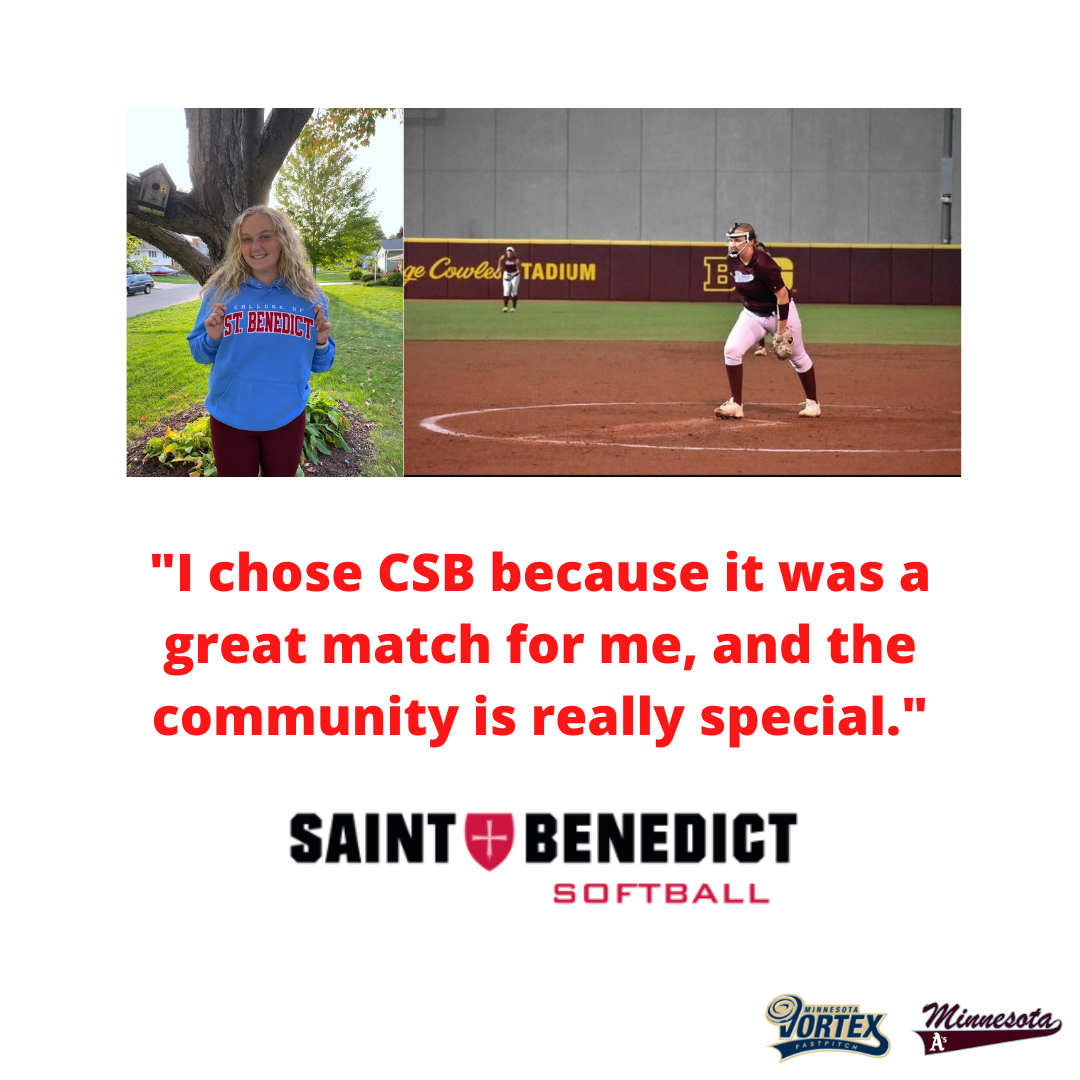 Ellie Peterson, of our 18U Leicht team, has committed to play softball for St. Ben's!  Ellie is a pitcher for our program as well as St. Anthony HS.  Congrats, Ellie! We are so proud and excited for your future! 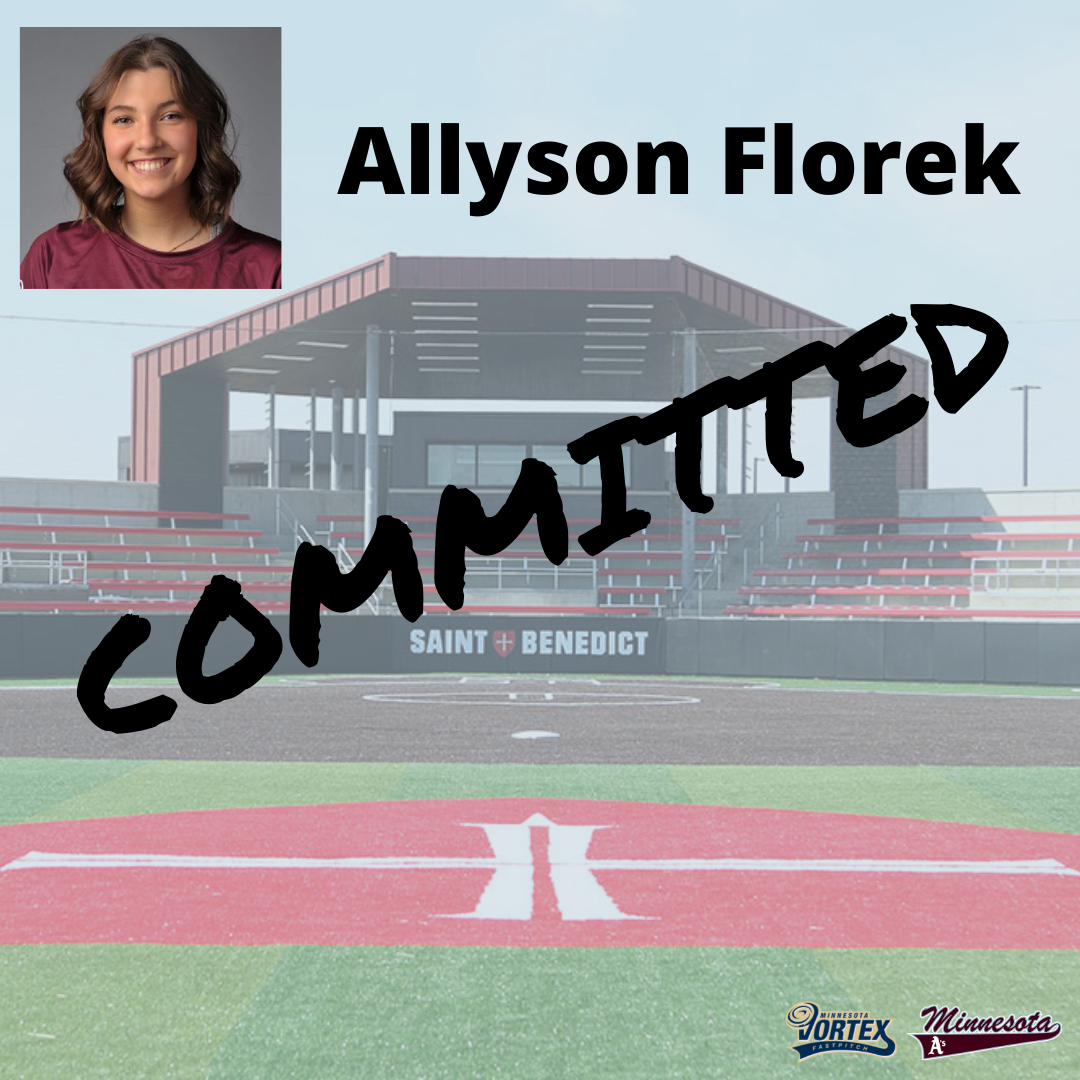 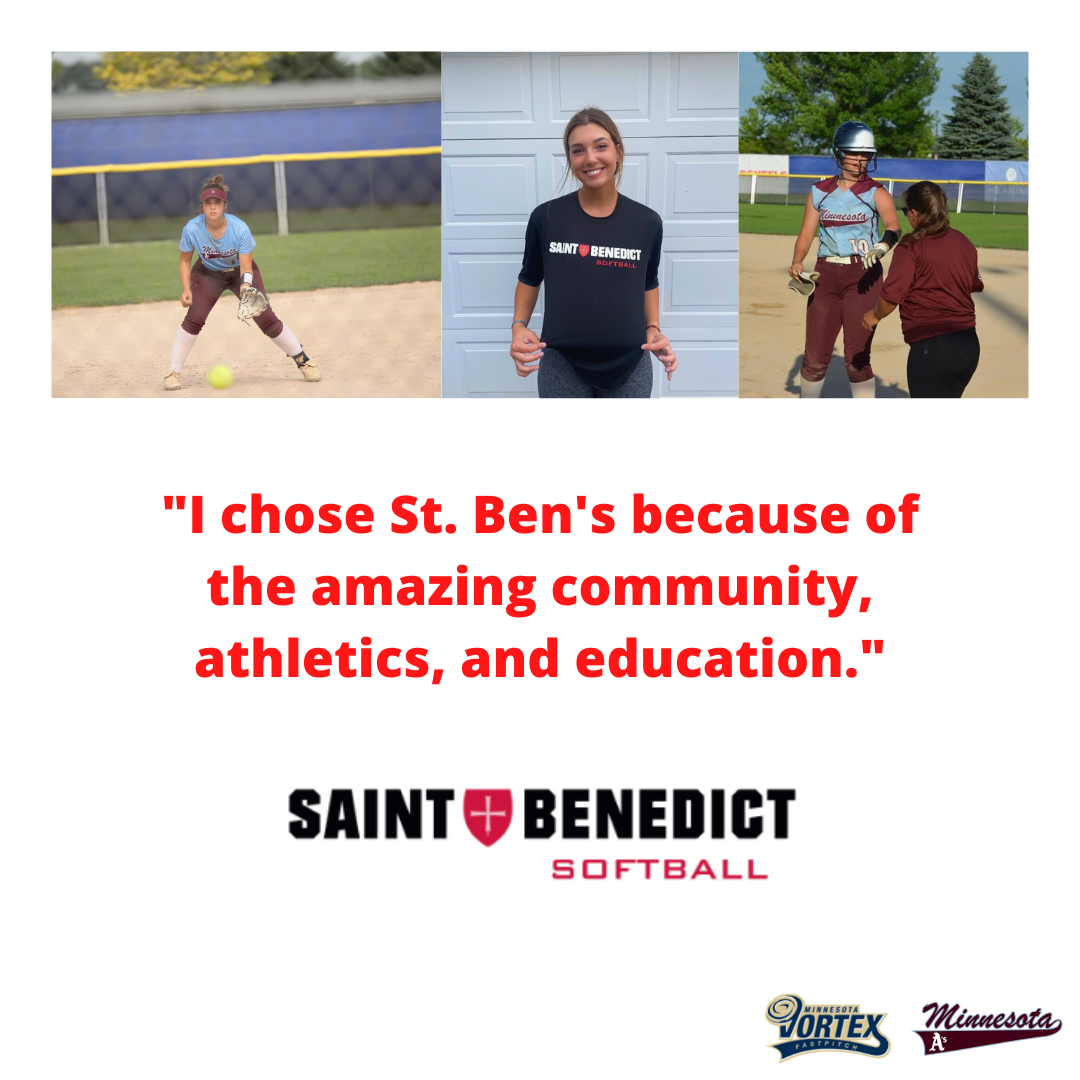 Allyson Florek, of our 18U Leicht team, has committed to play softball for the CSB!  Ally has a been a dominant 3rd baseman for our program for 4 years as well as for Chaska HS.  We are so proud of you and excited for your future!

Minnesota Vortex and Minnesota A's players will again be populating college ball fields all over the place this fall and spring! The Vortex program has consistently produced high level ball players who have gone on to play at dozens of colleges.  We are proud of our alumni!

Several other Vortex / A's players were also nominated and were finalists in the room for both the Gatorade and Ms Minnesota Awards, this makes the Minnesota A's / Vortex program well represented for the highest honors in the State!

The MN Vortex 99 team traveled and played in the ASA/USA National Tournament in Chattanooga, TN.  They miss their teammate  and friend Lexi Kretsch who left us too soon...but they Play for Lexi.